Is Mexico Crime making it unsafe for tourism in 2017?  The short answer is no.   Recently the State Department in the U.S.has issued some warnings about Mexico.   We will address them below.

There have been a couple of instances of shootings.  These have been in Night Clubs late at night in Playa del Carmen   We don’t recommend late night activities anyway.  We always drive at night when we are in mexico , but we don’t go to out of the way places and we don’t drive late at night.

Also, there have been some episodes of Mexico Crime, where people getting there drinks drugged and then have 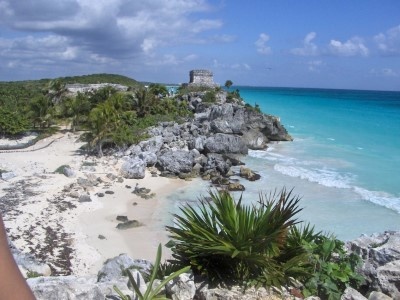 become the victim of various crimes.   This has occurred at all inclusives and the government is pursuing these issues aggressively.  However,  the Vidanta resorts have exceptional security and there have never  been such incidences at the Grand Mayan or Grand Luxxe etc.

We are headed to Riviera Maya in November and have no concerns, other than the usual normal precautions that we take when travelling to any US city.   We will be renting a car and hanging out in Playa as usual.  We have friends who live there and they say nothing has changed.

These warnings are not changed from before.   Puerto Vallarta and Nuevo Vallarta  are very safe areas.   The state department says tourists should avoid certain areas where the state of Jalisco

borders other states.   These areas of Mexico Crime are not  areas where tourists would normally go anyway.  Ask us if you need more specific  details

We are going to Nuevo Vallarta in March and will be renting a car as always and we have no concerns.  Similar to Riviera Maya, we have good friends who live in Puerto Vallarta and they say nothing has changed there either.

So if you are wondering if Mexico is safe for vacation on 2017,  we would say yes it is.  You can read the US State Department Warning , but read it carefully, many  Mexico Crime is a problem in several areas but in the tourist areas,  it is still safer than many US cities.

Hi, would you mind doing a section on Acapulco? I’d like to go there in February 2018, and would like to hear your thoughts.

As a solo female foreigner in Mexico do you recommend bus travel from town to town in terms of safety. I am looking at traveling from Mexico City to Oaxaca, San Cristobel, other well known tourist locales down to the Mayan Riviera. I have been 3 times before but in organised tours. I was hoping to travel independently in January but many of the travel warnings and news stories are disconcerting. Any suggestions? Thanks.

Diana, for the most part I think it is fine. Certainly the Riviera Maya is extremely safe. However, there are a few new areas of trouble, so I would look at the latest US state department warnings for the areas you are planning to visit.