Things To Do in Los Cabos
No Comments

We picked an ATV tour at random. Not even sure how we found them. It was a winner. The folks at Carisuva have good equipment, are knowledgable about the desert and do a great tour. We explored the desert, blasted up and down dunes and generally had a great time. 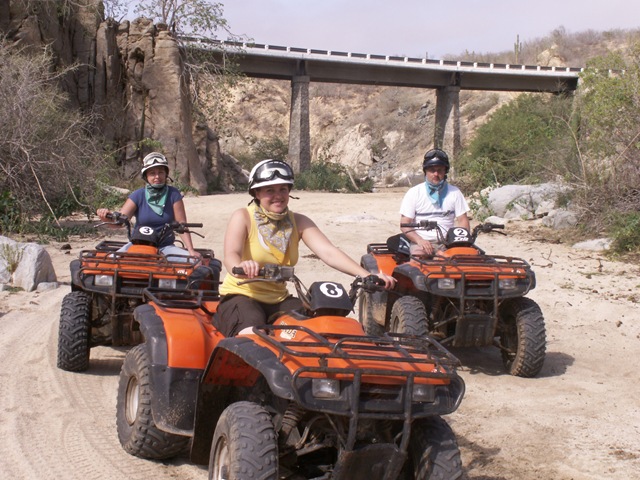 At one point our guide said he saw a couple manta rays jumping out of the water.  I thought he had been hitting the tequila too hard , but we saw the same thing on a kayak trip a couple of days later !!  (stay tuned for that post)

They also do less fun rhino vehicles and horses, which we almost did instead. We had a rental car, so we drove there, it is on the coast road north of Cabo San Lucas. There are a couple of them close together,so be careful which one. Get directions from the Ranch. 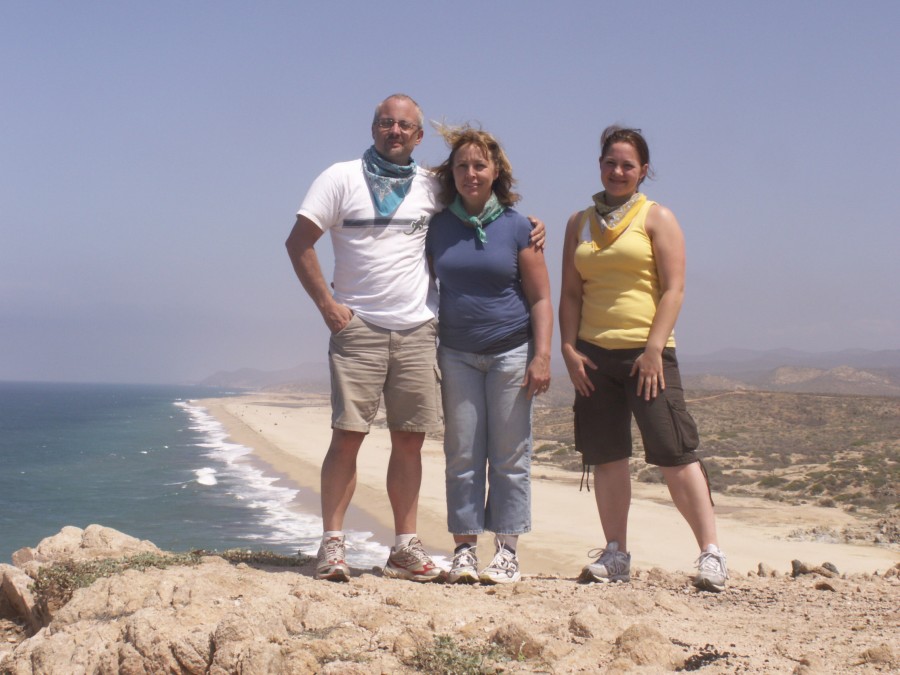 Three Jameson's on their ATV tour

One disclaimer, we were there in the off season and there were only 3 of us on tour. It might be a little less exciting if there was a big parade of ATV's. The website is Ranchocarisuva.com. In addition to the ATV Beach & Desert Tour we took, they also have a Side by Side 4x4 Safari, Pacific Beach Horseback riding, Hiking Burro and Sunset horseback riding Tour all on their private piece of paradise.

If you need a home base for these activities, the Grand Mayan Los Cabos.