Take a look at all our photos from Sian Kaan.

The Sian Kaan (pronounced See –ahn Cahn) nature reserve is not well advertised and certainly not touristy. We decided to do a tour while we still had a rental car from the Riviera Maya Mayan Resort. We know from experience that Ecological tour people aren’t totally geared to ease of use. True to that stereotype, the 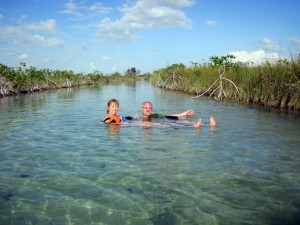 Float in the Sian Kaan

tour guy at the resort took quite a while to even find a phone number. We went with an organization called Cesiak, which apparently just changed ownership. So we booked a bird watching by boat tour and headed down to the office in Tulum. When we got there, they said, Oh Jose didn’t tell us you wanted to do the bird watching tour. Oh well, we have some people for the canal tour, so we will do a combination. Ah yes, Eco tours. Good thing we aren’t hardcore bird watchers. tities of ecological information of all types. Miguel’s capacity for facts seems limitless. Instead of the typical out of shape couple from Nebraska with 2 fighting teenagers on commercial tours, we had a pleasant young Mexican couple just finishing training in Anthropology and a young Mexican woman from San Luis Potosi on a trip by herself to sort out life.

We took a van down the road toward Punta Allen about 15 minutes, paid our fees at the eco-hotel owned by Cesiak. This is a few rustic cabanas on a picture perfect beach in the middle of nowhere. We walked across the short spit of land to the brackish back bay and set out by boat with a wizened fisherman at the helm. We started by heading up a Mayan canal winding through the mangroves and the water rapidly became fresh and clear. Eventually, they stopped and dumped us out into the canal with lifejackets. We had a leisurely float in the surprisingly quick flowing 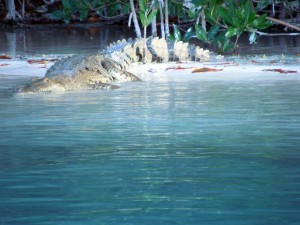 canal and communed with nature. Apparently, if we weren’t doing a “combination” tour we would have gone farther up to a freshwater lake and floated longer. Not sure if the canal tour includes the Mayan ruin in the middle of the reserve or not.
After relaxing ride, we caught back up with the boat and headed to an island teeming with birdlife. During the entire tour, Miguel showed his expertise by identifying every bird within a 200 yard radius. The island was covered with tricolor herons, roseated spoonbills, brown pelicans, mangrove warblers and a dozen other species.  Here is an extensive article with more info on the Sian Ka'an reserve itself.

We found out on the fly, that the tour included a traditional Mayan dinner at the Cesiak eco-accommodations inside the preserve. It started with what I am pretty sure was diluted Hawaiin Punch, but it got much better from there. Chicken, nicely spiced and what I thought were uniquely flavored refried beans, but what turned out to be ground pumpkin seeds !!
All in all a very nice tour, with interesting people. Finished up with a long and interesting conversation with the young woman from San Luis Potosi, who needed a ride all the way back to Puerto Morelos. 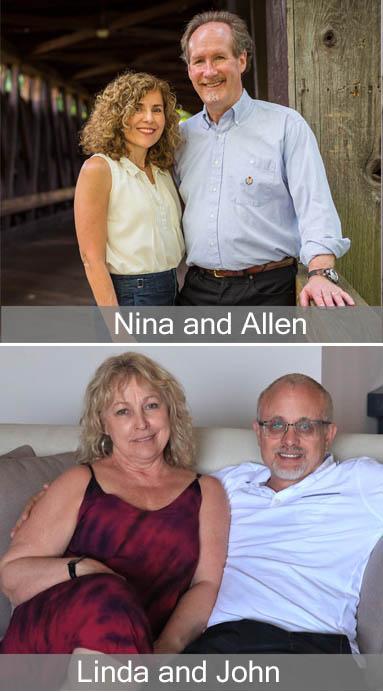