The History of Merida, Mexico

The spirit of a city rich with Mayan culture...  You could add a two or three day trip onto your Riviera Maya Vacation and learn the History of Merida first hand 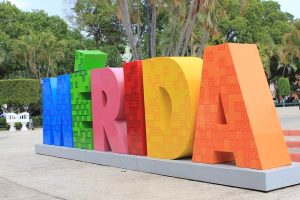 The history of Merida offers a deeper glimpse into the formation of this unique Mexican paradise. What is now the safest destination for vacationers, was once a hub of an ancient culture. And it is those roots that would shape the course of Merida's future, leaving a lasting impression.

Though much of that past has faded into history, the story still remains...

An all too familiar story repeated within the history of Merida...

As is the case for much of Mexico, the early beginnings of Merida will immediately sound familiar.

Before the 16th century, the current site that is now Merida found itself under a different name and house to a unique civilization. The Mayans that once called the area home had given the city the title T'ho. Within its boundaries the Mayan way of life flourished. There, great pyramids found a resting place, shaping the landscape and serving as a beacon Mayan ingenuity.

The culture that respected the study of life and a reverence for the divine lived this way until the mid 16th century.

It is then, when a collection of Spainards led by "El Mozo" would disturb that way of life, altering it forever. As was too often the case during Spanish imperialism, the new faces were not gracious guests. Instead, in the same spirit of conquering that led to their name, they would claim the region theirs.

As no city is ever peacefully surrendered to invaders, this portion within the history of Merida contains a violence that was found throughout Mexico.

With the invasion, the original inhabitants were forced to flee their home or face the defining attribute of imperialism. So as the Mayans fled, the Spanish took to claiming and reshaping the once proud city of T'ho.

A name not its own and a reminder of the Spanish's home...

The great pyramids and huge stone cut structures reminded the invaders of their homeland, as it recalled Roman architecture. So as yet another piece of evidence to their seizure, they renamed the city Merida. 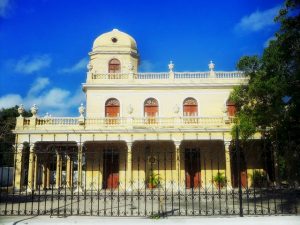 While the Spanish admired the similarity to their home, that did not stop them from dismantling the very city itself. Brick by brick, the Spanish laid waste to the city, opting to use the material as the foundation for their new city. It is out of those same bricks carved by the Mayans, that Merida was fashioned.

What was once testament to Mayan architectural prowess became the foundation for a cathedral, the oldest of its type in the region. And so like this the city of T'ho fell and the new history of Merida began.

Over time, what was left of the original city returned, though not to be owners of their once home. Instead, the Mayans found themselves forced to work the fields and maintaining the city built over their home. This would be the end of their culture and the signal the end of their people. Though, their bloodline did carry on, as much of Merida can trace some ancestor back to the Mayan people.

This is the way life progressed within the white limestone walls of Merida. That is until a period of great upheaval.

From Spanish rule, a brief independence, and a final merge...

Life in Merida went along as is until the turn of the 19th century. It is then that the imperialism of the Spanish was finally undone and Mexico born. Though as the country took shape, Merida and the rest of the Yucatan found itself in a brief period of self-governance. After a battle that saw Mexican forces repelled by Yucatan soldiers, the state claimed its sovereignty from the rest of Mexico. Separated from the majority of Mexico, the peninsula enjoyed this autonomy for a brief period before war would once again visit the region.

As the war between America and Mexico raged during the middle of the century, the independent state tried to maintain neutrality. Though as the conflict progressed, unrest began to take hold in the area.

Bordering on all out revolt, the leadership of Yucatan turned towards Mexico, joining the country in a bid to maintain order.  Thus modern Merida, as it is, would begin.

In the years since the new formation, Merida would began to build a booming trade built upon the native agave plant. As time progressed, the trade would continue to grow, making those in control of the fields a sizable fortune.

This surge of affluence sweeping through the hands of inhabitants would lead to the creation of many of the limestone buildings that still dot the city. 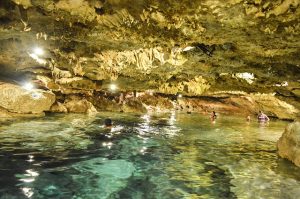 From those periods of turmoil and progress, the beautiful city as we know it, would find itself.

Now the region has grown into becoming the cultural center of the Yucatan. In he same step, becoming a haven for visitors looking to explore its history.

As the safest city within all of Mexico, Merida is in the midst of yet another great period of change. More and more people move to the city, calling it home. As they do, they spur revitalization and growth. Projects are underway to restore much of the original architecture of the Spanish. Additionally, efforts to maintain the remains of ruins have begun as well.

So what began as a city built on dismantling, flourished into a place that works to preserve its rich story.

Though the history of Merida is not quite finished. It is fashioned each day and experienced by everyone lucky enough to visit.

If you'd like to learn more about Mexico's safest city, there is not better place than the city itself.

So, join us in exploring Merida!