We want to clear up some misconceptions about México that travelers often have...  Let's start with the top four.

México is one of those places that simply captivates you from the moment you step out of the airport terminal. It truly is an experience unto itself and never really ceases to surprise you.

Whether you enjoy taking in the rich culture while strolling down historic avenidas or soaking up some sun by the pool, México seems to have something for everyone.

And that's unfortunate as a lot of the things you may have heard, simply are gross exaggerations or even completely untrue.

So to give one of the countries I've learned to love, the proper chance it deserves, let's tackle the top four misconceptions about Mexico ...

"México is dangerous and full of crime..." 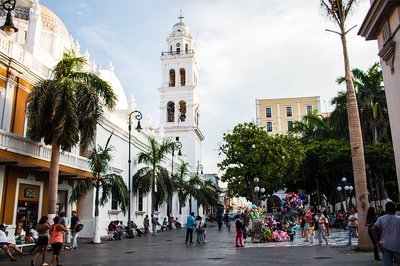 This has to be the most common misconception many people have regarding México. There is a bit of truth to it, some regions, yes are rife with local problems caused by cartels and locals do suffer.  However,  the danger to tourists has been overstated. For the most part life in México is much like life anywhere else. Yes, there are some rough neighborhoods, but I bet you'd be hard-pressed to find any large metropolitan area without some rough edges.

That said, the vast majority and especially the areas surrounding the resorts are full of friendly and welcoming faces. That would be the main trait of the people of México, they are always inviting and have a warm welcome for their guests.

The idea that México is very dangerous and rife with kidnappings is not the México I have come to know. Every one we know peop that vacation there, nothing but fond memories and amazing food await.

Though just like any other place in the world, exercising just a bit of caution will help you avoid any trouble at all.

If you still feel a bit apprehensive, it's understandable, reversing deeply ingrained stereotypes takes a little time. But by all means, know that you have very little to worry about. Though, if you still feel a bit worried go ahead a check out our last post about safety around the resorts. Or if it helps you, read these street-smart tips for traveling in Mexico.

"México is a third world country and rather undeveloped..."

This misconception is probably the second most prevalent myth you'll come across. Like most misconceptions about México, there is a grain of truth, though that truth has been completely blown out of proportion. There are indeed areas that are underserved and struggling with poverty, but the same could be said about quite a few regions within the States as well. 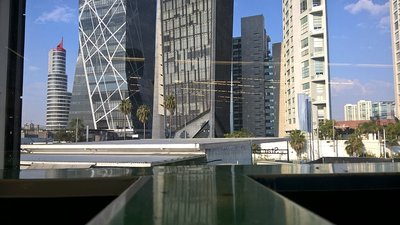 The vast majority of México is well developed and benefits from much of the same things the rest of world enjoys. This is especially true for areas around the resorts or major metropolitan areas. In fact, those that fall victim to that misconception would be surprised to find flourishing neighborhoods and a well established middle class thriving in México.

It's unfortunate that many people equate the somewhat significant numbers of people crossing the border with rampant poverty. And while a majority of folks crossing the border are looking for better opportunities, it doesn't represent México as a whole. In fact, the rate of Méxican citizens immigrating to the US has steadily declined over the years. The vast majority of people we see cross the border, come from further south.

This is due to the growing economy of México and the increased opportunities found throughout the country.

So if you hear this myth, don't be afraid to point out the reality of the situation.

The amount of times someone has associated the water in México with a certain someone's revenge is honestly quite staggering. As well connected as we are today, this particular misconception just continues to persist.

More than likely, you've probably heard this one as well, or maybe even asked about it.

And while there are certainly areas that you may want to opt for a bottle of water. It is far from being the rule in México.

Most areas around resorts and major cities use purified water, as do major hotels, so you don't need to worry too much.  Even the street vendors on the Malecon walkway in Puerto Vallarta are vetted and tested for food and water safety.

Though if you are still bit reluctant to coll down with a glass of water, by all means, please check out this post in which we break down the drinking water in México.

The popularity of Tex-Mex food across the States has had some unintended consequences. Mainly it has led to more than few misconceptions regarding the cuisine of México. For the most part, ask anyone what is Méxican food and you'll probably hear the same answers.

"Tacos and burritos with plenty of chilies." And maybe a few mentions of menudo. 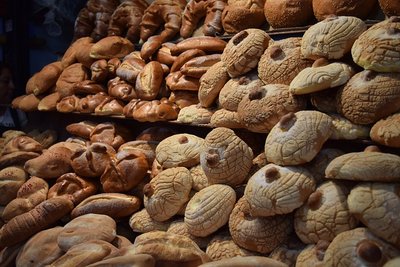 Méxican cuisine contains a variety of amazing dishes, each influenced by the regions they originate from. Full of spices and unique flavors, Méxican cuisine is as varied as the beautiful land itself.

And while some staples like tacos are definitely found any place a street vendor can be found. Plates like pozole, sopas, and different moles are far more common in your average restaurant and kitchen.

The cuisine itself draws from the local ingredients found throughout the country. So you'll often see dishes heavily featuring different chilies, corn, marinated meat, and of course lime. The ingenuity of the cuisine is something that has to be seen to be fully appreciated. How chefs take what is available to them and make such flavorful fares is something you have to admire.

While we have talked about a few things México is not, let's talk about some things it is...

México is a country with a rich history and culture built upon years of tradition while embracing the future.

It is a warm paradise with great weather for a majority of the year.

México is a place that continuously will surprise you each time you visit, unveiling a new piece with every visit.

Of course,  it should go without saying, México is an ideal spot to vacation. Few other places in the world allow you to see and experience so much without having to venture too far from home.

México is a beautiful country full of warm and good-hearted people willing to share their country with you.

So if you're ready, let us help you find out what México means to you...